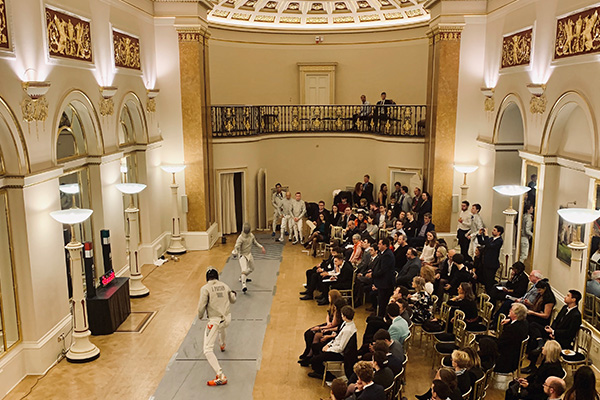 A group of aspiring young international fencers from Truro Fencing Club were thrilled to receive an invitation to to watch an exhibition of sublime swordsmanship in the serene surroundings of the Landsdowne Club in Mayfair, London. 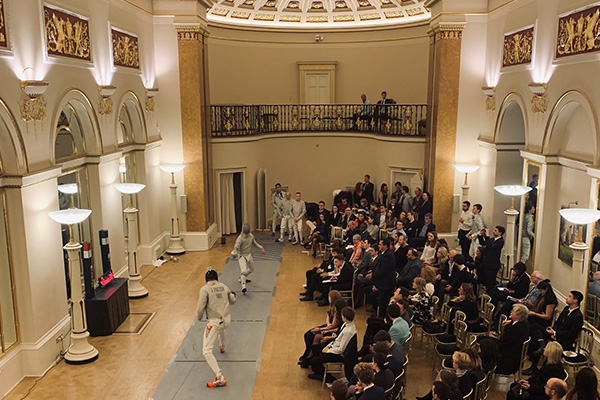 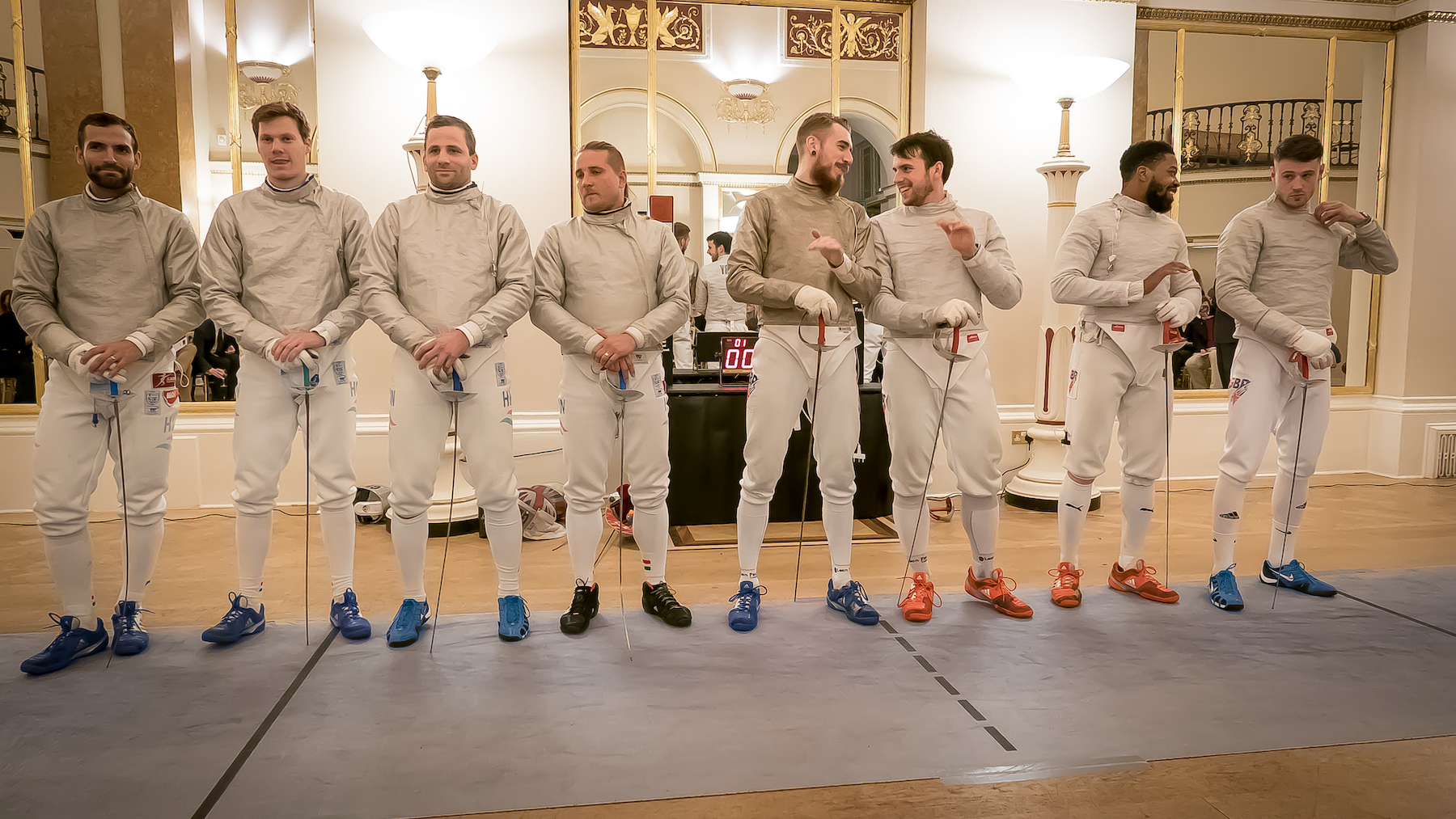 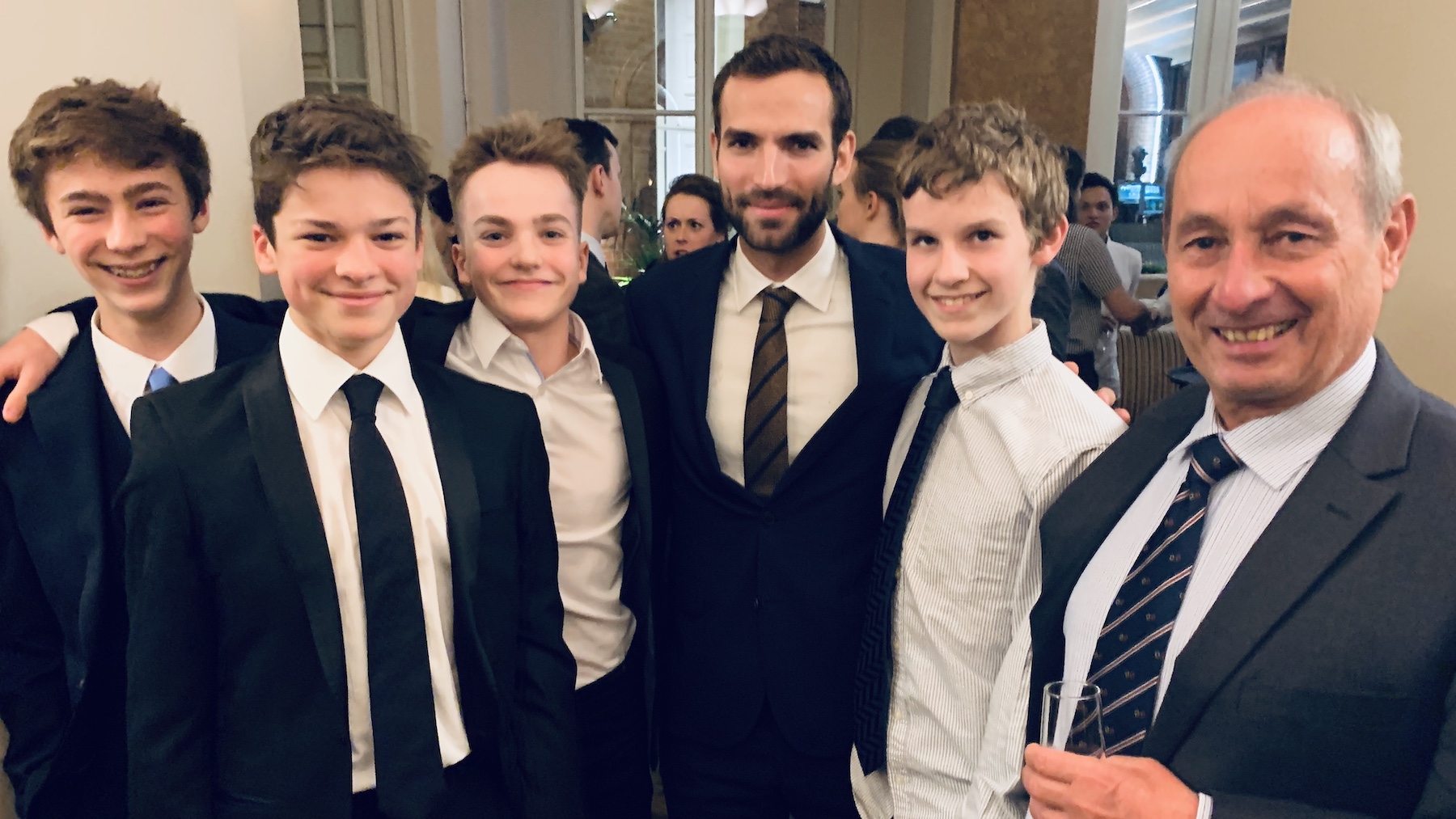 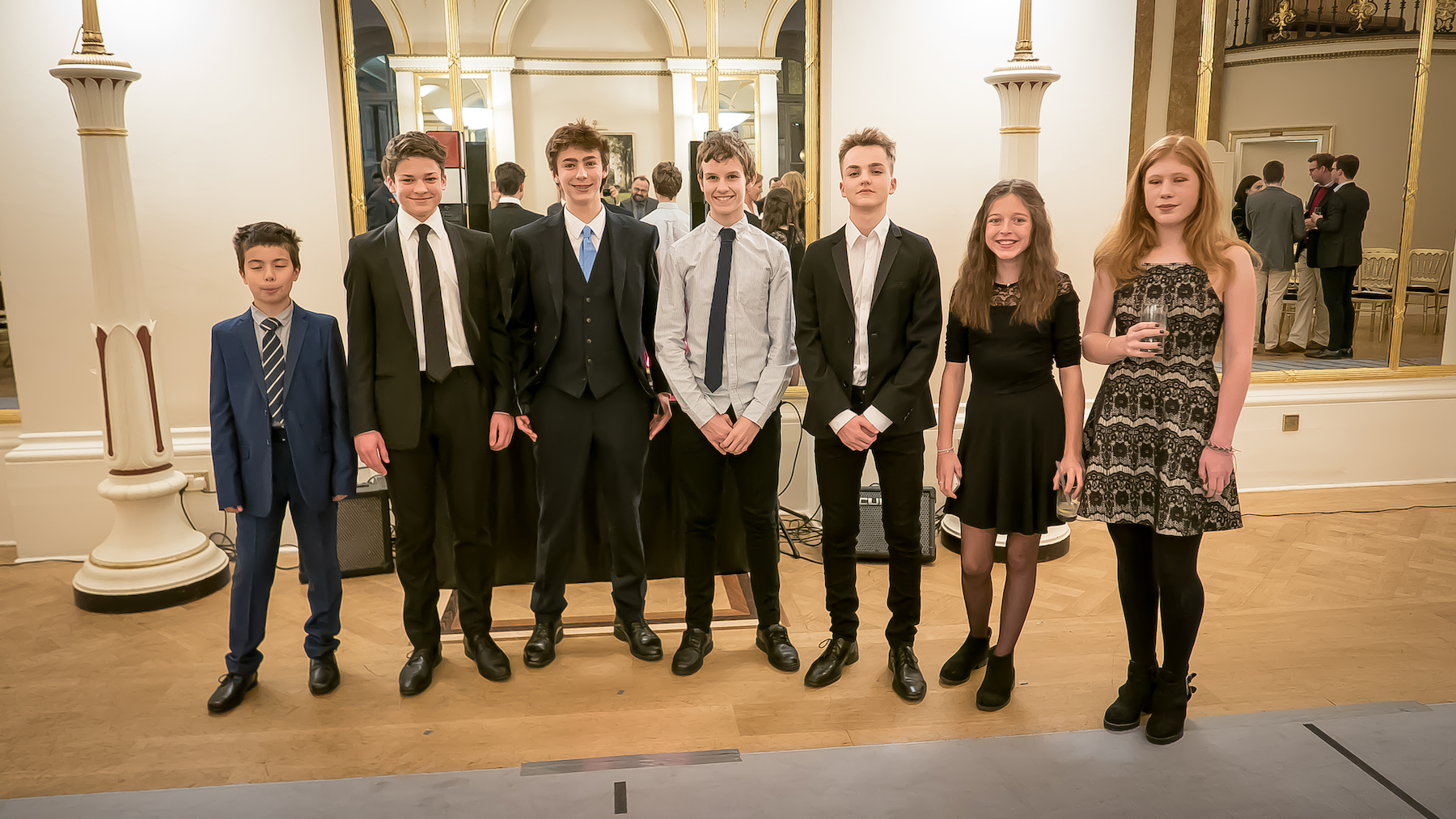 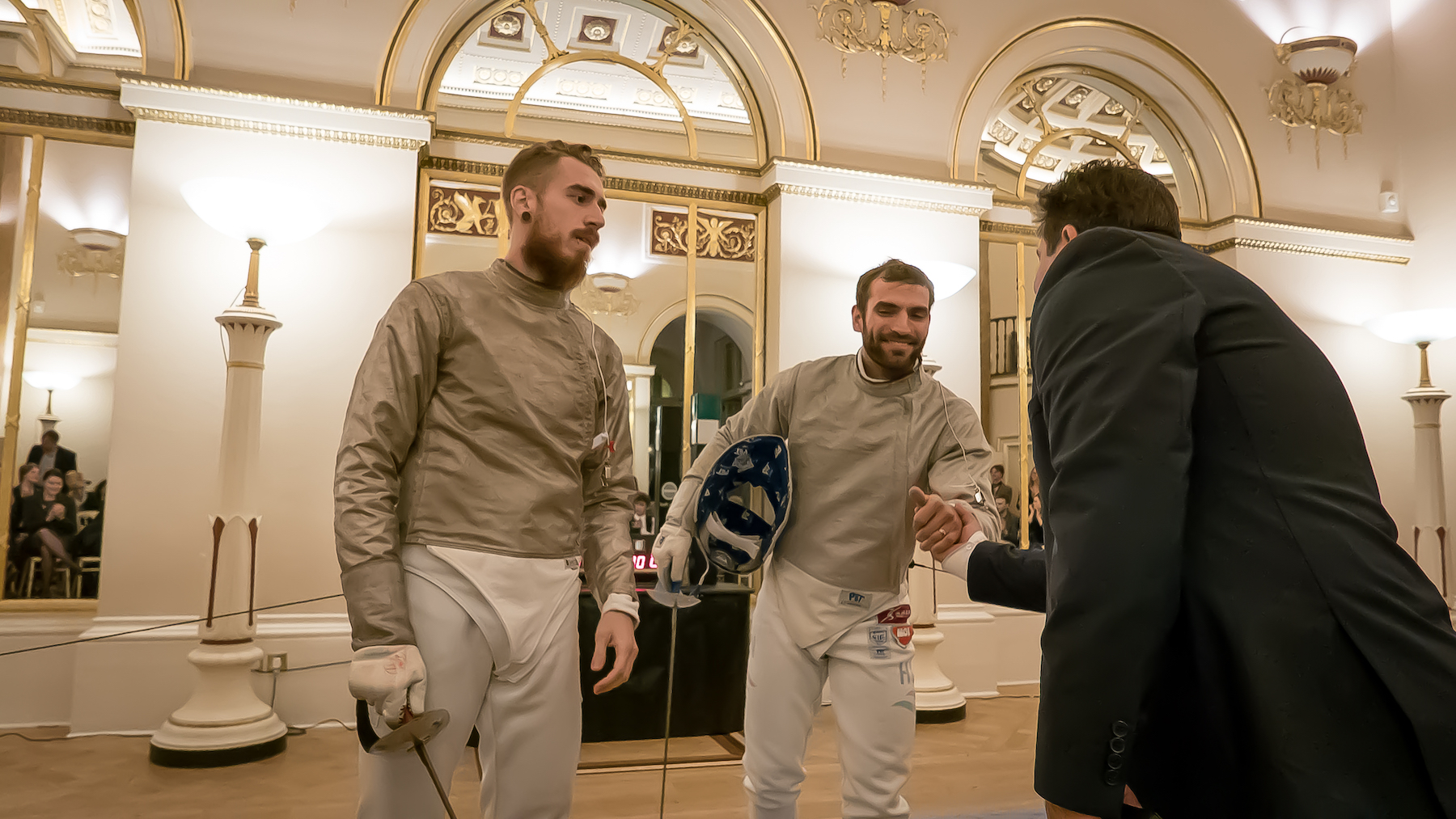 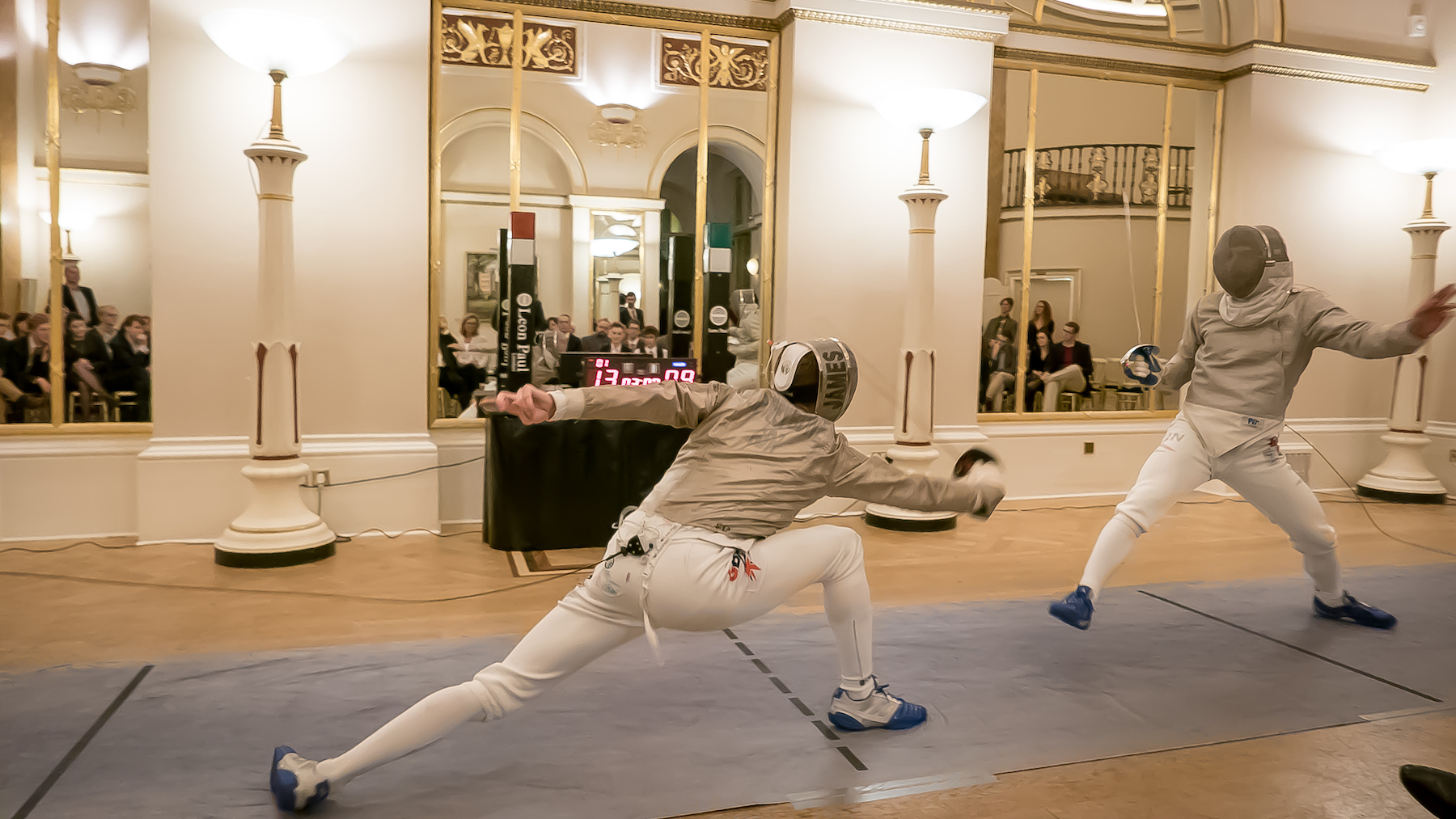 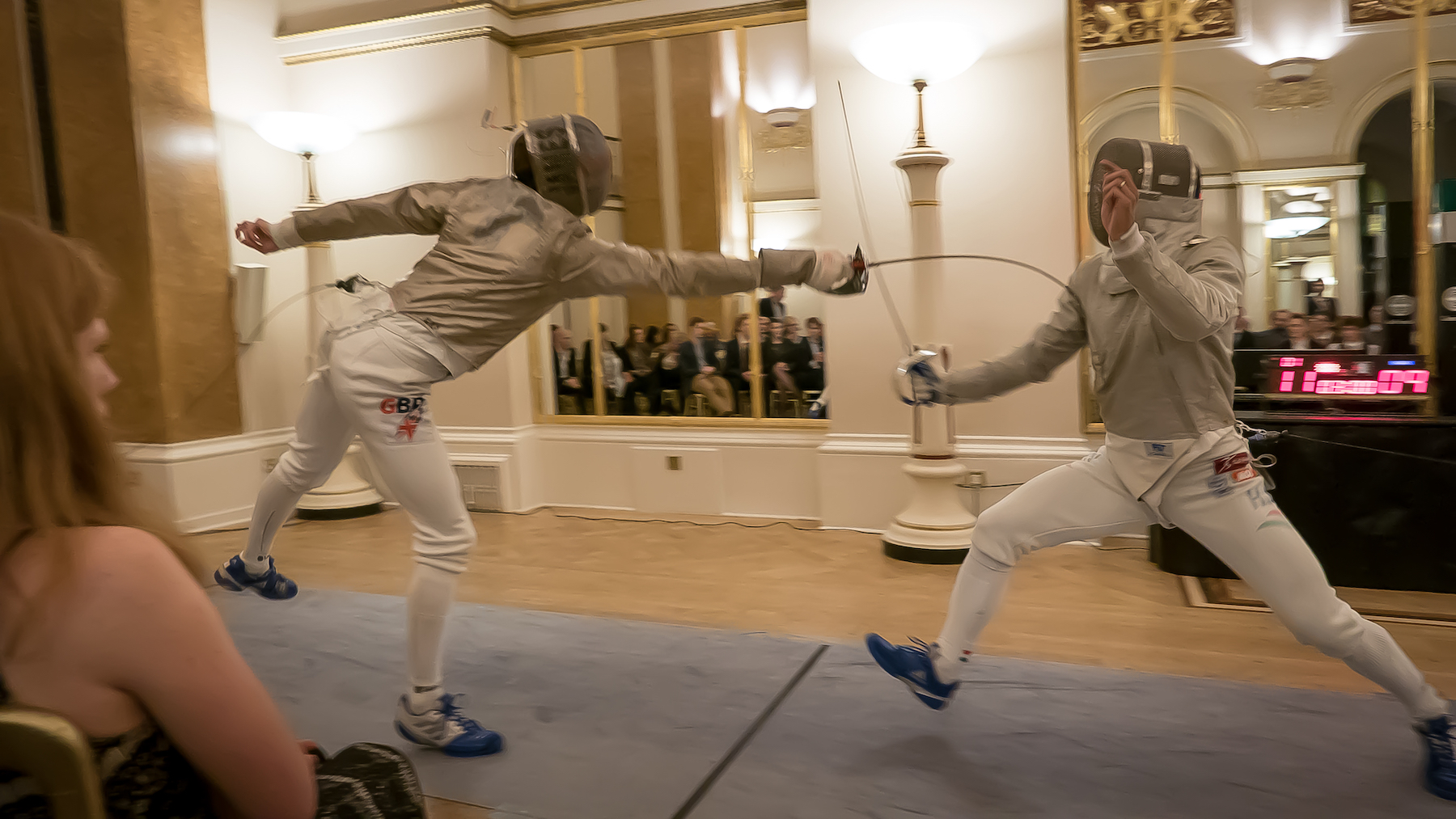 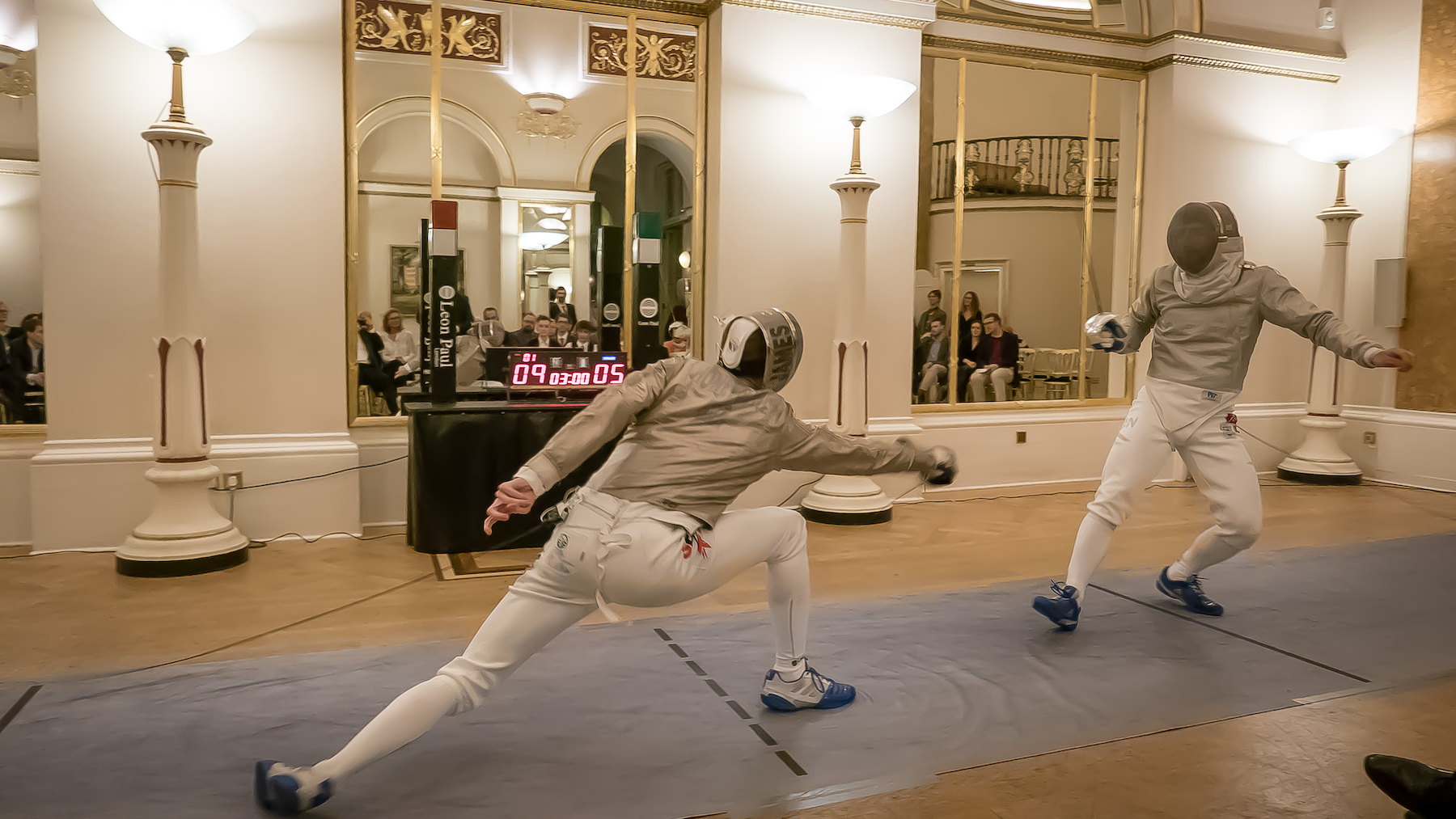 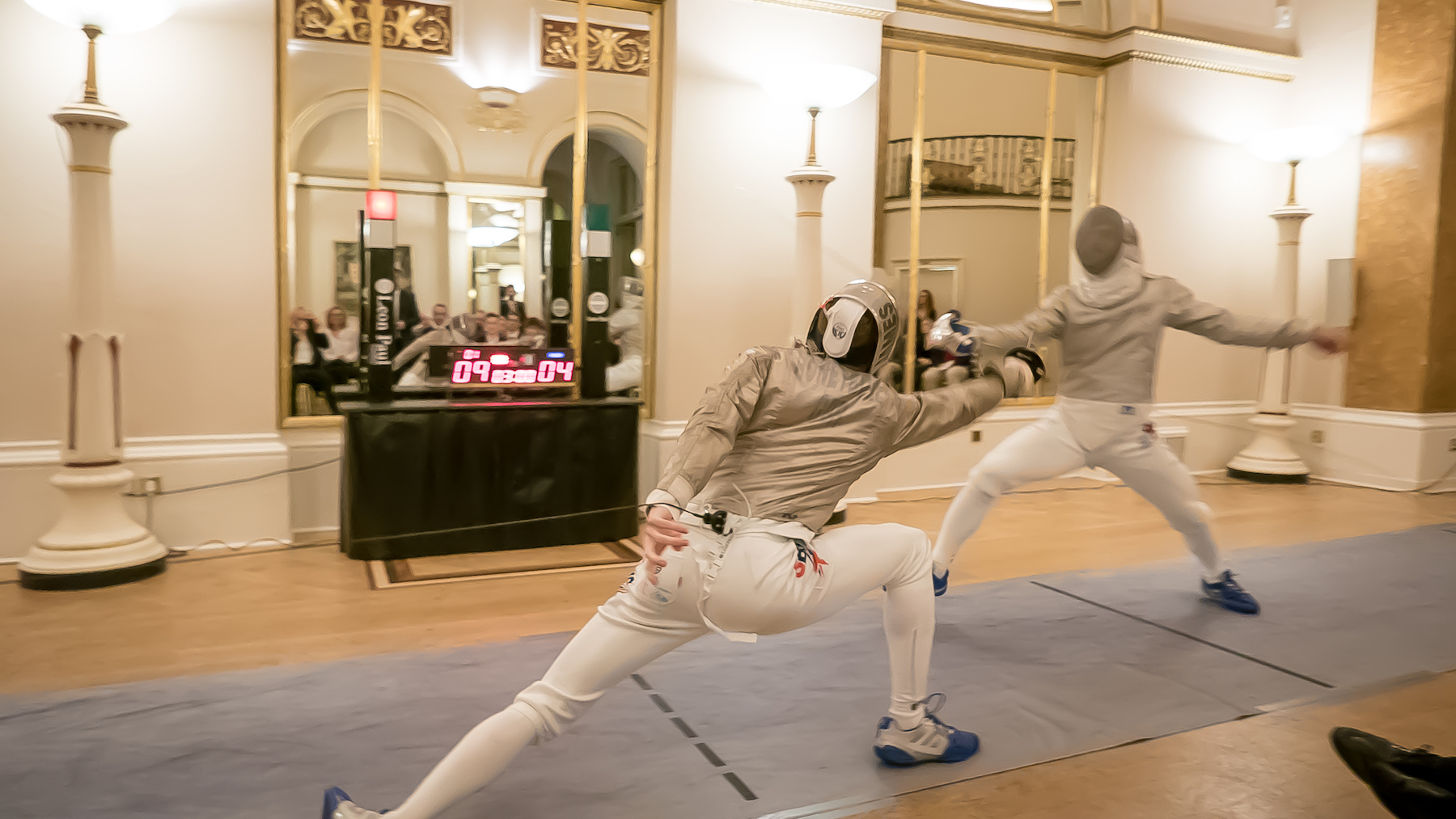 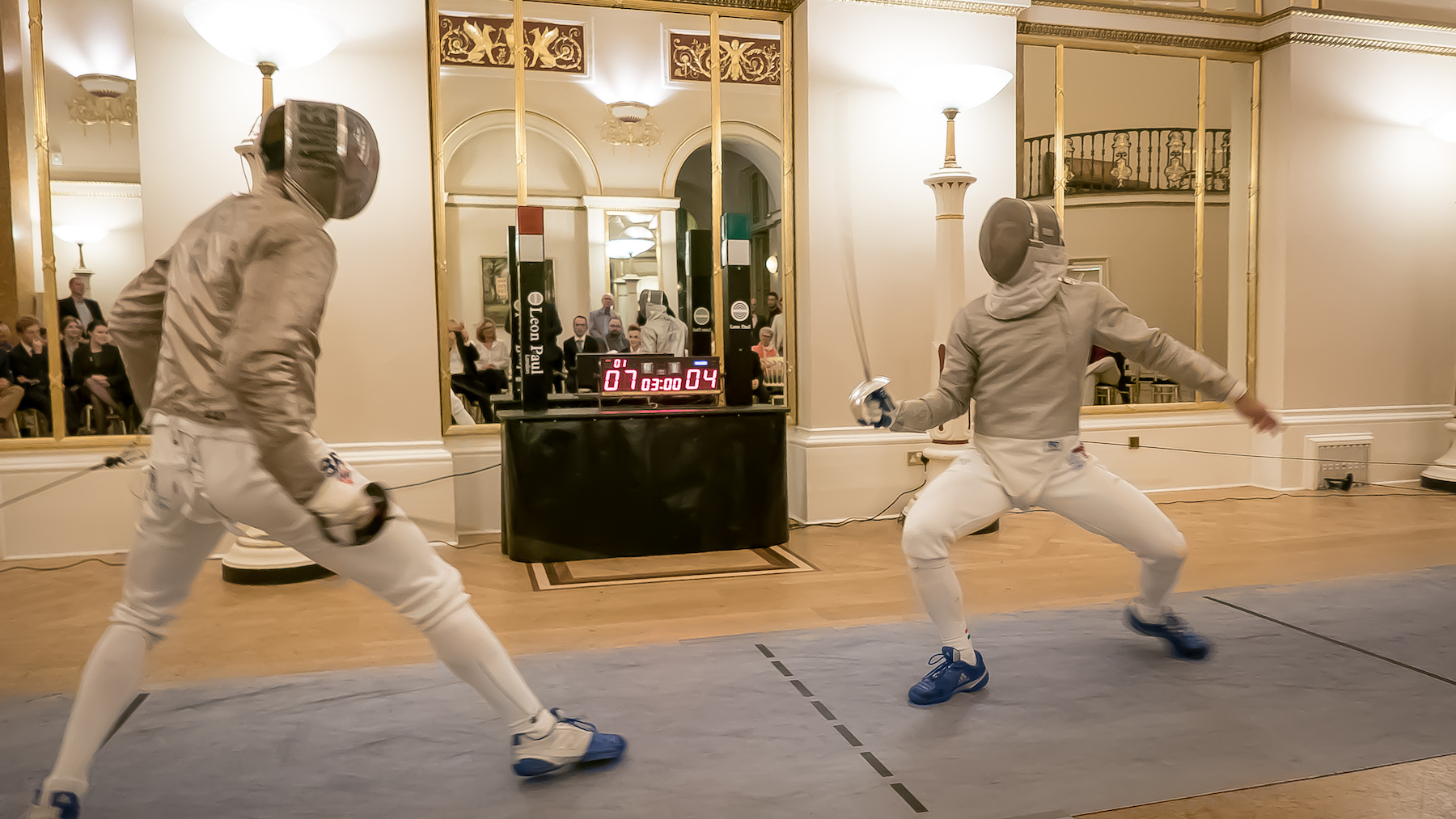 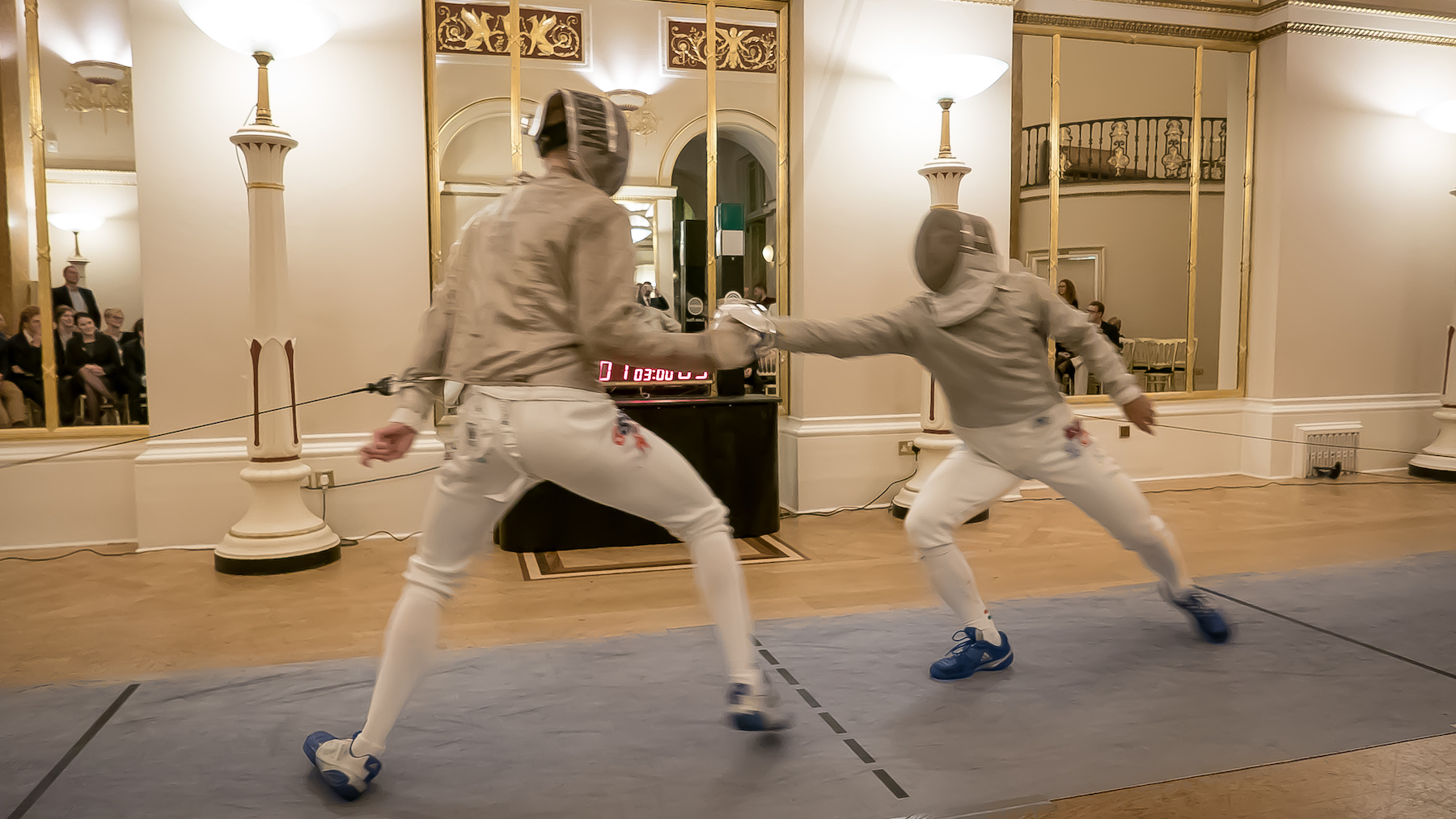 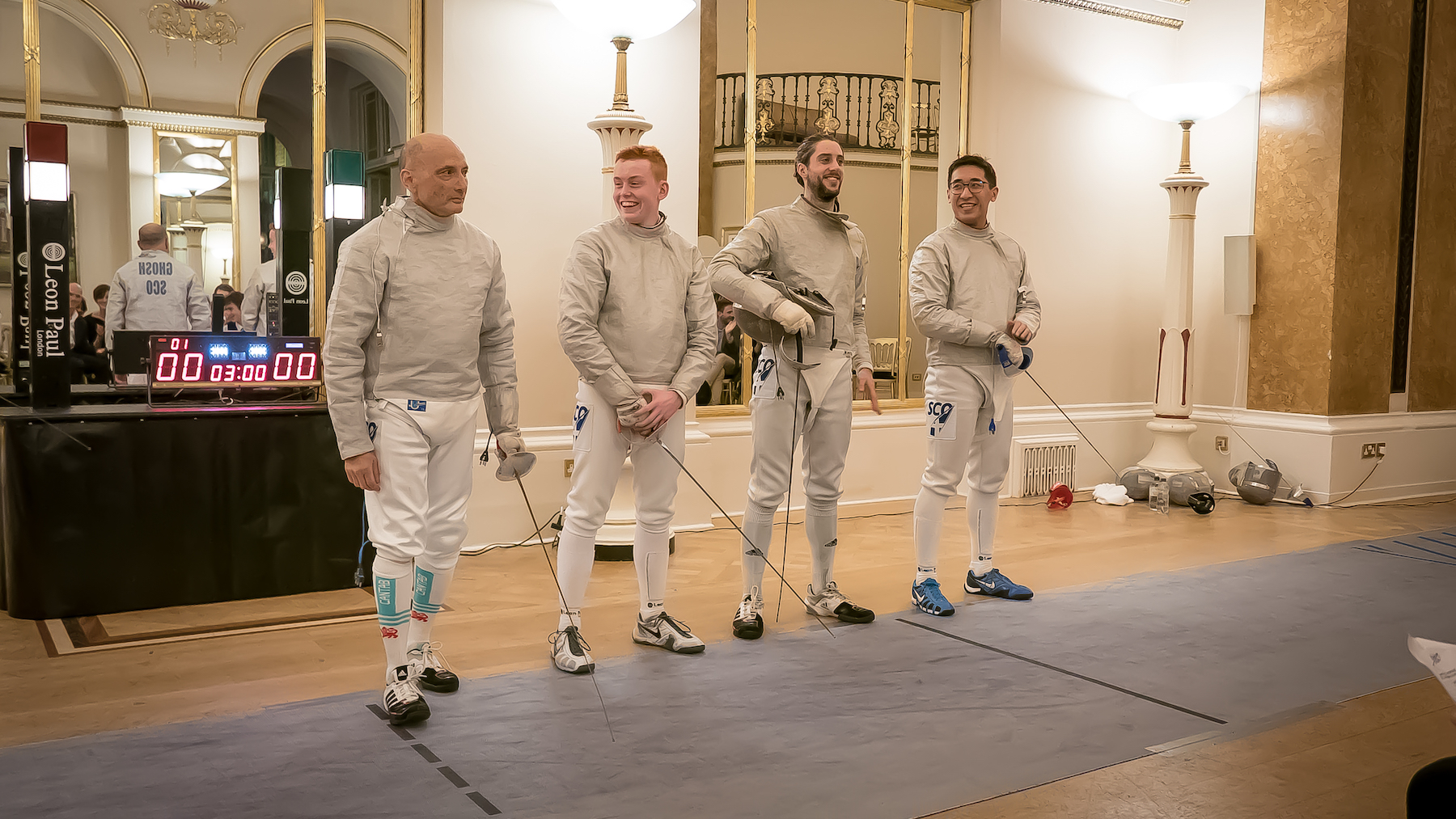 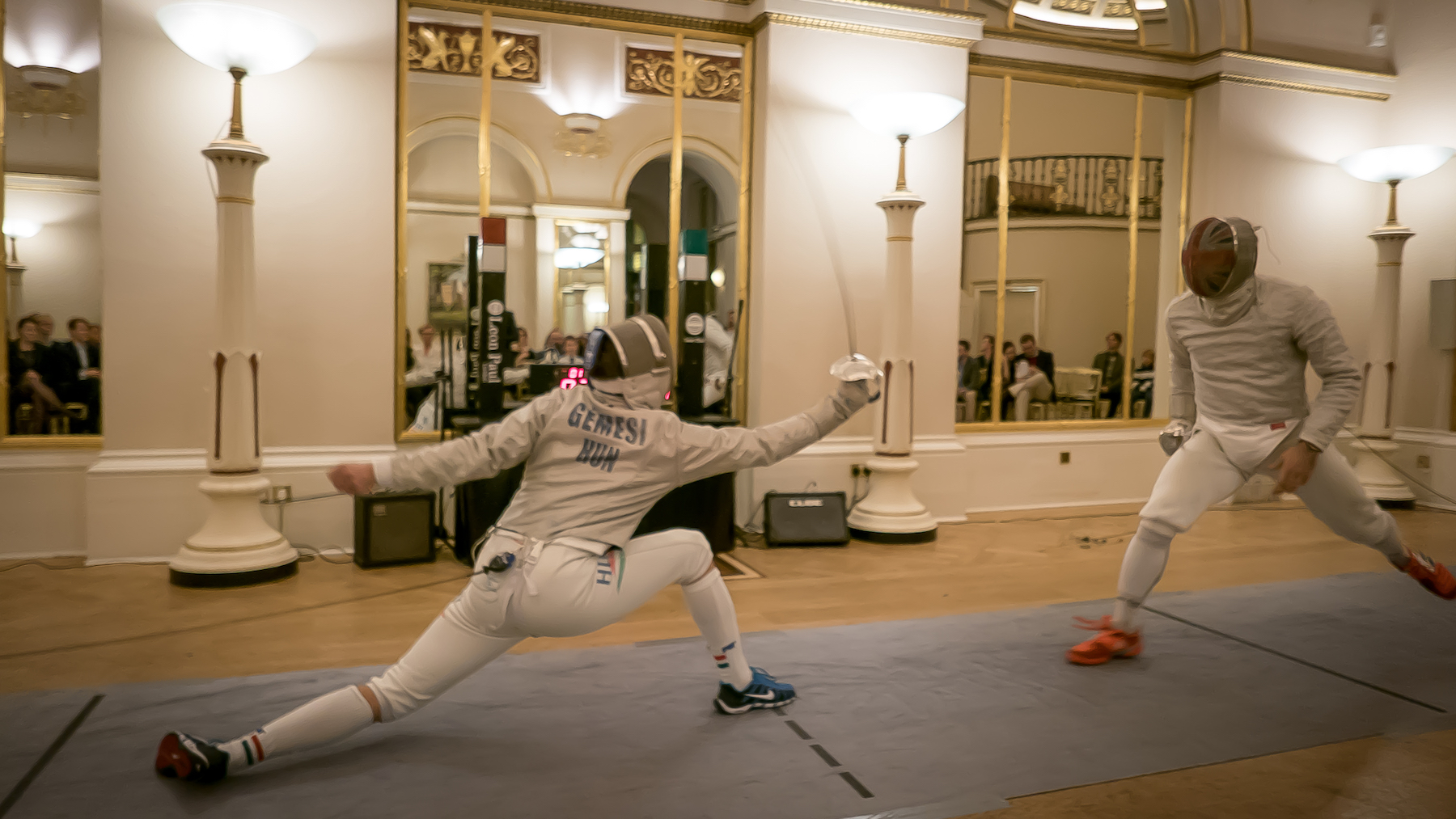 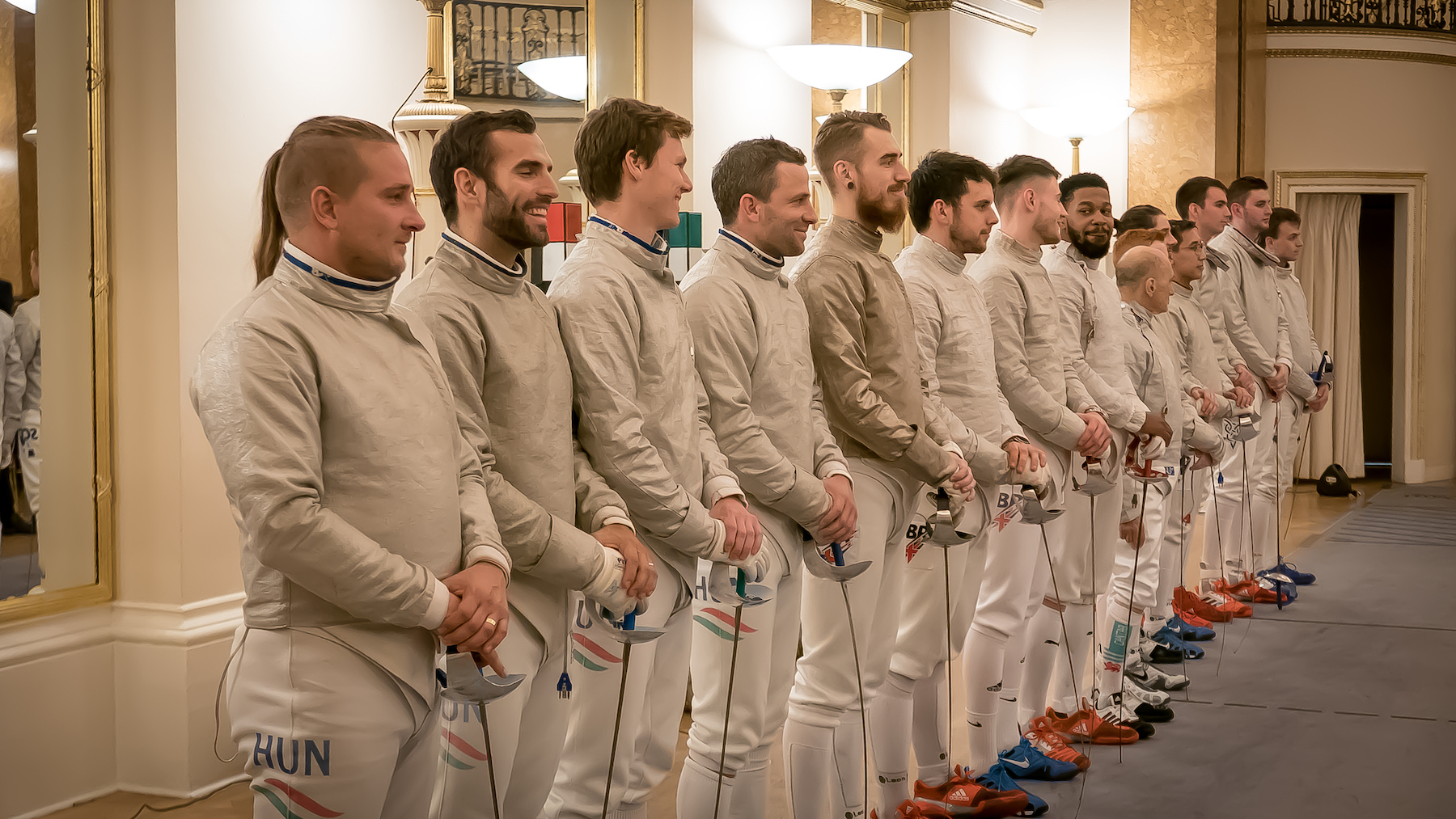 Individual bouts evidencing the highest skill & dexterity between members of the Great Britain and Hungarian sabre squads were followed by a nail-biting foil match pitting Richard Kruse, World Championship Silver medallist and quadruple Olympian against James Davis, 2014 European Champion, Grand Prix & World Cup Gold medallist. Despite Kruse building a strong lead early on in the bout, Davis fought back effectively with some considerable panache to recover the points gap and then pull off a 15-14 win.

Following a break with live music fused from flamenco guitar, lutar & percussion courtesy of the “Horsemen of the Apocalypse” the scene was set for a series of team events with Honeybone, Deary, Webb & Miller representing GB facing a veritable “Battle Royale” against a determined Hungarian squad comprising Szilagyi, Szatmari, Gemesi & Desci. A similar battle of weapons and wits was on display as the Scots took on the Welsh with Ghosh, Carter, Shek & Rocks facing off against Jolley, James & Nathan Potter.  With victory to the Hungarians and Welsh secured, the audience was then treated to a one on one between JJ Webb and Andras Szatmari – again the Hungarian fencer coming out on top.

The evening’s grand finale did not disappoint. Honeybone – GB Champion & Olympian took on 2 times Olympic Gold Medalist Aaron Szilagyi and with a combination of some superb hits and a series of determined attacks, James secured a GB victory worthy of this wonderful evening – evidence again that fencing is a sport that combines athleticism, skill and sportsmanship at the highest level.

We hope all our young fencers that attended had fun but take inspiration from this exhibition. All those long hard lessons in the salle, defeats as well as victories, fights on pistes both near and far all build a better, tougher, and more competitive fencer. James reminded me of Muhammad Ali’s quote that was penned on the board in our old salle “The fight is won or lost far away from witnesses – behind the lines, in the gym and out there on the road, long before I dance under those lights.”

Finally, a huge debt of gratitude is due to referees Vasil Milenchev, Alex Beta ably assisted by James Williams in his role as MC & all those who supported, organised and funded this event especially Jon Salfield & Julian Ghosh.